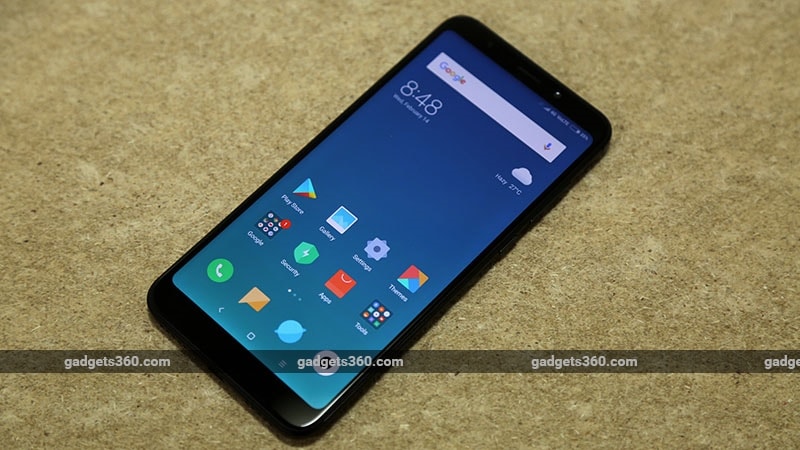 Redmi Note 5, also known as Redmi 5 Plus in China, earlier shipped with Android Nougat out-of-the-box, even though the smartphone was launched after Google had already made Android Oreo available. However, as per an XDA Developers report, a stable Android 8.1 Oreo recovery ROM for the Redmi Note 5 is now available for all users. It is the global version of the update and will bring the version to MIUI v9.6.5.5.0. Notably, Xiaomi is yet to publish an official changelog via its Mi forums. However, some users have reported having received the update in their Redmi 5 Plus units in a few countries. The images shared by the users show the latest MIUI version to be 9.6.5.0 (OEGMIFD).

Users of the Redmi Note 5 who have not received a notification can go to Settings > About phone > System update > Check for updates. Since this is an OTA update, it might take a while before it lands on your smartphone. But, you also have the option to download the ROM files directly. The Recovery ROM can be installed used the Updater app, however, the Fastboot ROM will require an unlocked bootloader.

To recall some of the specifications, the Redmi Note 5 is a dual-SIM handset. It comes with a 5.99-inch full-HD (1080×2160 pixels) display, and is powered by an octa-core Snapdragon 625 SoC, coupled with either 3GB or 4GB of RAM. It bears a fingerprint sensor on the rear panel. The smartphone sports a 12-megapixel rear camera and a 5-megapixel sensor at the front. It comes in two storage variants – 32GB and 64GB – both of which are expandable via microSD card in a hybrid dual-SIM format. It is powered by a 4000mAh battery, with 5V/2A fast charging, and measures 158.5×75.45×8.05mm and weighs 180 grams.