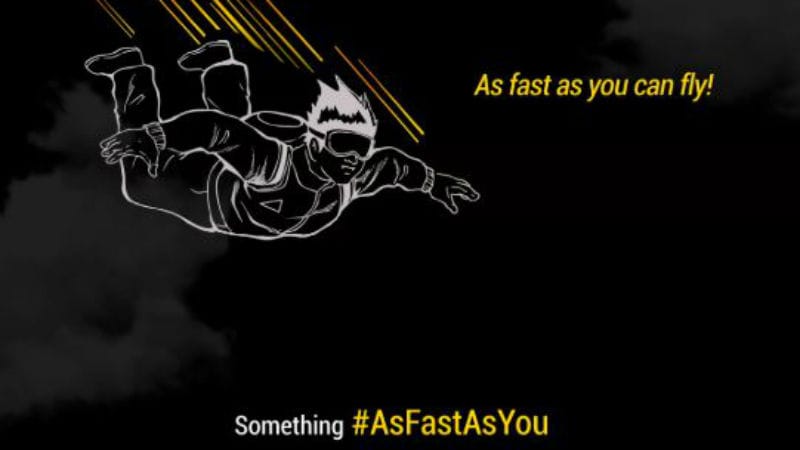 Xiaomi is set to launch Poco F1, the first smartphone from the company’s sub-brand Poco, in India on August 22. Now, it looks like the Xiaomi Poco F1 will be Flipkart exclusive in India. A teaser page for the upcoming smartphone is now live on Flipkart, suggesting that the Poco F1 could be launched as a Flipkart exclusive in the country, thanks to the words ‘only on Flipkart’ in the banner. As per the teaser on the e-commerce site, something “As Fast As You” is coming soon.

With the phrase, “How Fast You Ask?” the e-commerce giant hints towards the launch of the Xiaomi Poco F1. Even the patterns used on the landing page appear similar to ones used on the promotional shots by Xiaomi’s sub-brand Poco. Other than that, there seems to be no official announcement from Xiaomi. We could expect Flipkart to reveal the name of the smartphone in the days following up to the launch next week.

Last week, Jai Mani, Lead Product Manager for Xiaomi India, revealed details about the Poco brand, saying, “Poco is all about making powerful smartphone with the technologies that truly matter. Recently it feels like the pace of innovation in the smartphone industry has slowed down, while prices are creeping up with flagship smartphones now past the $1,000-mark. We set out to build something to buck this trend. For the first product, we got back to basic and focus entirely on speed. Not just peak performance speed, but actual, real world, speed.”

To recall, the new smartphone confirmed by Poco India notably surfaced online as Pocophone F1 in the recent past. The Xiaomi sub-brand had previously revealed the Poco F1 launch date without detailing any key specifications or price of the upcoming handset. An unboxing video of the Poco F1 also emerged on YouTube last week that highlighted its display notch and dual rear camera setup.

In terms of specifications, the Xiaomi Poco F1 is said to debut in two different storage variants – with 64GB and 128GB of onboard storage options. While the Poco F1 price for the 64GB variant is speculated to debut in Eastern Europe at EUR 420 (roughly Rs. 33,300), its 128GB variant could arrive at EUR 460 (roughly Rs. 36,400). There is no information on the price in India of Poco F1. While Poco hasn’t revealed the specifications of the Poco F1, an initial listing on a Belarusian online store had suggested that the handset will come with a 6.18-inch full-HD+ display that will an 18.7:9 aspect ratio. The Poco F1 is also rumoured to come with a Qualcomm Snapdragon 845 SoC along with a liquid cooling system.

Affiliate links may be automatically generated – see our ethics statement for details.
3COMMENTS