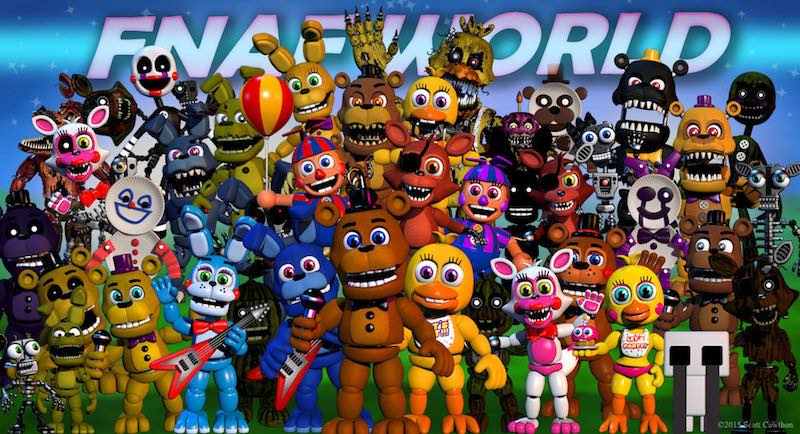 In a post-Batman: Arkham Knight world it appears that PC game developers are taking responsibility for poorly made releases.

Scott Crawthon, the creator of Five Nights at Freddy’s World – a role-playing game (RPG) based on the cult horror series on Steam, has removed it from Steam and is refunding every purchase due to poor reviews.

“Hi everyone, I wanted to make a post about the fate of FNaF World. Even though the game had a “Very Positive” rating with 87%, I was not satisfied with the reviews and ratings it was getting,” Crawthonwrote on the Five Nights at Freddy’s 4 news page on Steam.

“For that reason, I’ve decided to remove the game from Steam. I’ve also asked Valve to make it so that the game can be refunded regardless of the amount of the time it has been owned, meaning that anyone can get a refund at any time. It may take them a while to set that up, but it will be in place soon.”

Furthermore, he plans to create a full 3D overworld for the game and when it’s ready, it will be available for free on free indie game site GameJolt.

“From this point forward, the game will always be free. I appreciate your support, and I encourage you all to refund your Steam game (even if you enjoyed the game), and download the new version when it becomes available on GameJolt,” his post continued.

It’s rare to see a developer admit to quality issues and even rarer to ask paying customers to refund a game. Hopefully more developers will follow suit in the future.