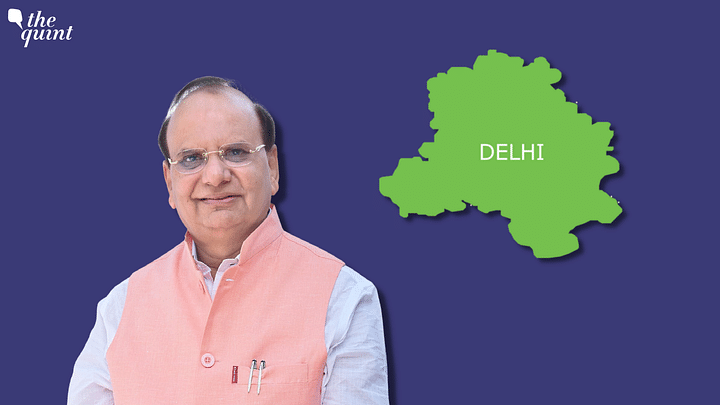 Saxena, who also serves as the chairman of Khadi and Village Industries Commission, has donned many hats in the past, during his three-decade-long career in the administrative and social sectors.

From founding an NGO that locked horns with the Narmada Bachao Andolan to serving on the panel of the Padma Awards, here’s a glimpse of the new Delhi LG’s past work.

A Career at the JK Group, an NGO Against Narmada Bachao Andolan

Born on 23 March 1958 in Uttar Pradesh’s xxxx, Saxena studied at Kanpur University and also attained a pilot’s licence. In 1984, he started his career as an assistant officer with JK Group in Rajasthan and worked at its white cement plant. In 1995, he was made general manager, and later also rose to the position of CEO and Director of Port Project.

In 1991, Saxena set up the National Council for Civil Liberties (NCCL), a non-profitable social organisation registered under the Societies Act and recognised by the Ministry of Law and Justice.

The NGO, with its headquarters in Ahmedabad, had opposed the famous Narmada Bachao Andolan (NBA) led by Medha Patkar.

“The role of his voluntary organisation NCCL was acknowledged by the people of Gujarat and Madhya Pradesh for exposing the activities of anti-dam activists,” a profile of the chairman on the Khadi website reads.

Saxena has been serving as the chairman of Khadi & Village Industries Commission (KVIC) since October 2015, when he was appointed to the post. KVIC falls under the ministry of micro, small and medium enterprises.

The flagship outlet of Khadi at Connaught Place saw its highest single-day sale during Saxena’s tenure. The store clocked a whopping Rs 1,29,05,000 on 30 October 2021, soon after Prime Minister Narendra Modi appealed to Indians to shop local.

Saxena has also received a number of awards for his contributions to the social sector.

In May 2008, he was felicitated by the United Nations Decade of Sustainable Development (UNDESD), UNESCO, UNICEF, UNDP in association with International Association of Educators for World Peace (IAEWP), USA, (UN NGO) and Social Organisation for Health – Human & Management (SOHAM) for “Outstanding Contribution to Environment Protection and Water Security”.

In May 2007, he won the Dubai International Award constituted by UN-HABITAT for best practices to improve living environment in Ahmedabad City through his project ‘Mission ENDURE (ENsuring DUst REduction)’.